Between now and the middle of May, I will be on two running journeys.  On one journey, I will be giving the encouragement, support and general chivvying along and on the other, I will be the encouraged, supported and chivvied!

Whenever I talk about this, I speak of Cheryl's first half marathon.  This implies that there may be more than one and up to now she hasn't corrected me!  So, we will see.  The half in question is the North Lincs HM, 2016.  Which is mainly flat and therefore a great one one to choose for a first half.  It has a great finish in Glanford Park football ground, with good commentary and plenty of crowd support.

Cheryl had some time out of running late last year due to falling over and hurting herself, but has returned stronger than ever.  Once she got a few short runs in, we cracked out a 10k on a walk-run strategy in order to build confidence in covering the distance.  We did some more walk-runs of 7 and 8 miles before Christmas, gradually reducing the number of walks sections.

Now that there are 15 weeks to go, training in earnest has started.  There's no more run-walking.  I've knocked up a bit of a plan based on plans in a couple of books that I found helpful and tailored to what I know about Cheryl and what I've learned from experience and from other runners over the past couple of years.  In essence the CRC runs provide plenty of variety (hills / speed work / steady runs). The weekend runs will alternate between doing long runs (gradually increasing distance) and some tempo running.

We did a 6½ run last Sunday and 7 mile run yesterday along with Jo-mo and Rach. What we're starting to find now is that Cheryl's pace is becoming more consistent which I'm really pleased (and relieved) about.  She had a tendency to set of fast, run quite hard and get gradually slower as the run went on.  These last two runs have been very evenly paced, with no drop off.  Today, at mile 6, I asked Cheryl to recite 'Mary had a little lamb' whilst running, which she managed to do, in short sentences, which for me is an indication that the effort is about right. Cheryl commented that it was 'slower' (she always does!) but seemed happy with my reassurance that slower is ok - it's consistency and distance we're building here.  Save speed and hard effort for CRC runs.

I ran with Cheryl when she tackled her first 5k and 10k races and am really proud of her achievements. It feels really great to be with her on her first HM and I can't help wondering whether we'll be talking marathons this time next year!  She'll be mortified at me saying that!

Cheryl completed the Normanby Hall Ladies 5k in 2014 and when she did the same race in 2015, knocked 5 minutes 18 seconds off her time. 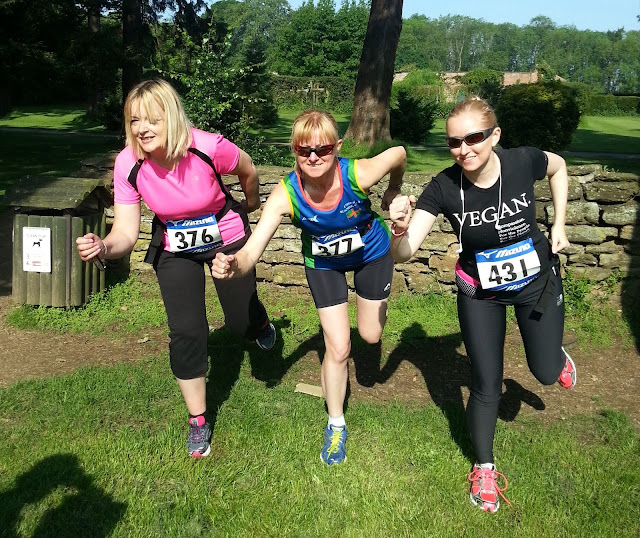 The next milestone was 10k, which Cheryl ran at the inaugural Skegness 10k in 2014.  When we were training for this, I remember her saying she had no idea how we were going to get the distance up from 5k to 10k.  I replied that we would do it a bit at a time. That's exactly how we did it - adding on either ¼ or ½ mile until we got up to the 6.2 miles. 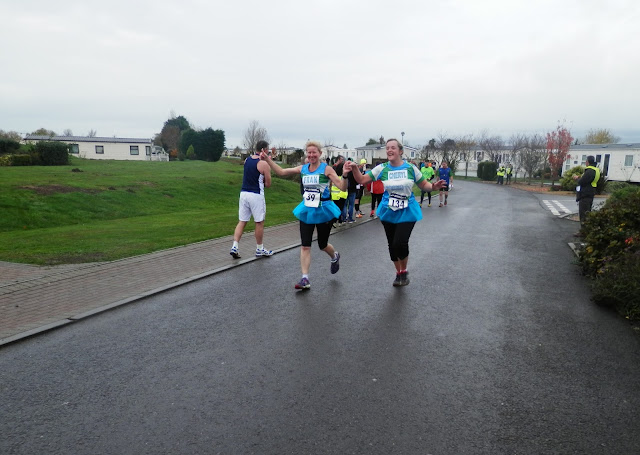 After completing the Skegness 10k in 2014, Cheryl went on to run the Caistor 10k - The Sting - in July 2015.  The Sting is a much more challenging run altogether, with its hills so it was a massive achievement to run it in a similar time - in fact, 15 seconds quicker.  I'm looking forward to seeing her run the Lincoln 10k this year and am expecting great things. This will be an interim race leading up to the half marathon. 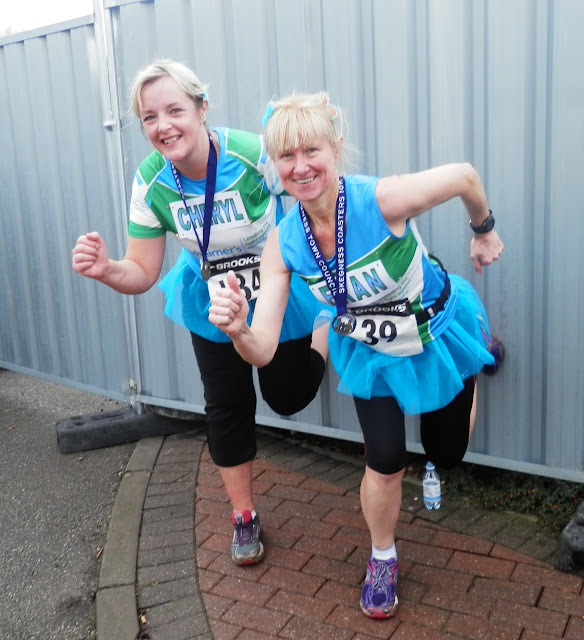 All this has been achieved by someone who used to say, "I could never run."  Now she tells people the same as I tell them - anyone can run.
I'll be writing more about the training journey and Cheryl's fundraising hopes in future posts.  Watch this space.

What an adventure this promises to be. As I mentioned at the end of my last blog post , I have got myself involved in running an off road ultra!  Off-road is new to me. Mud is new to me. Thirty miles is new to me.  Talk about get out of your comfort zone.

It is Sarah who is responsible for this!  In my next post you'll hear from her on how she came to be running the Dukeries 30 and I'll start to introduce the other people who I am going to be with on this amazing journey.

Exciting?  Yes.  A little bit scary?  Of course.  Will we do it?  Well, as runners we learn to expect the unexpected, but injury permitting, I am confident that all of us who start it will complete the distance.  I'm also confident that we'll be ok!  Even Sarah and I who are running (but not racing) the N. Lincs HM the very next day!  Why am I so sure..... because Mike Twirly-Tutu-Boy Wells said we'll be OK, and as he pointed out, he's never been wrong yet.

As I am proof-reading this and getting ready to post it, I am gutted to have just received a message from Sarah to say she is in A & E for an x-ray on the top of her ankle, where she's had a niggle, that has turned into more than a niggle. Possibly a stress fracture. I am sitting here with everything crossed in the hope that it's something not serious that will be put right by a (fairly short) rest.  Once again, watch this space.  I'm not doing this without her. I'd rather wait until another year. 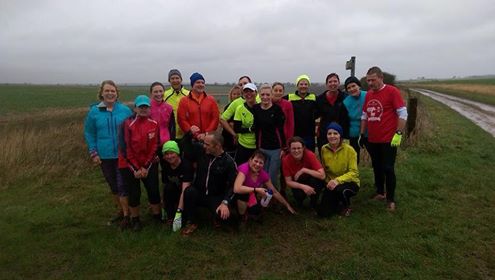