CRC Spirit of the Club 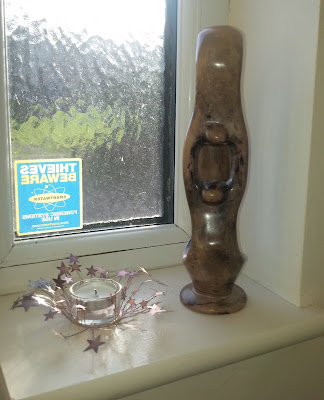 Almost exactly a year ago today, I was given the title, True Spirit of the Club, as voted for by my fellow members.  You could have knocked me down with a feather, partly the surprise of being given this award and partly because I was wobbly on co-codomol having sustained an injury earlier that day.

It meant a lot to me to receive this; Spirit of the Club is whatever the voter perceives it to be.  The person whom I voted for last year (who had better remain anonymous) is someone I see as very supportive of other runners.  This is something I aim to do myself and perhaps this was reflected in how other people see me.  I was therefore very keen to continue this support, especially with the beginners course that began again in March last year.  As it was, my injury prevented running, but I came along on my cycle and rode alongside, offering encouragement.  Riding alongside the club runs  made sure I touched base with my running friends as well as helping me to keep some level of fitness.

I wonder who will be the Spirit of the Club this year. Caistor Running Club is full of friendly supportive people with diverse strengths and qualities.  There are so many people I could vote for.  Although runners in the club may have their own goals, the big thing that stands out is that people are very 'for each other' too.  We want other people to enjoy their run and get the most from it and achieve their goals, whether that goal is to improve their marathon time or get through their very first minute of running.

The support is a very mutual / pay-it-forward type of affair. So whilst I've aimed to support others, I've had a load of support and encouragement from my fellow CRC members.

I'm not going to name names on this occasion, because I may get evicted for discussing the voting(!) but you'll know who you are.......in many instances more than one person

- In the early part of the year, you listened to my quandary over whether to pull out of Manchester marathon in order to give my injury chance to heal properly.  You offered your take on it without pushing me in any direction.  I came to the right decision with your help.

- You ran back at parkrun (and other runs) and ran in with me.  You didn't push me to go faster, but I went faster anyway.

- You dragged me screaming and kicking out of my comfort zone off the roads and into the mud.  You said I would grow to love it.  You were right. You said that running off road would strengthen my ankles. You were right about that too.

- You said - "segment up to the meadow" and to my protest that I'm not very fit at the moment, said, "it will give to a good base then."  I think I ran faster that day than I've ever run.

- You paid my entry to a race just because I'm going to run with you.

- You (many of you in turn) joined me for many 'pub in the woods' runs when the club run was hilly and my injury wasn't up to it yet.

- You gave me kudos on Strava.

- You - loads of you - come along to parkrun, especially when there's a fancy dress.  This is brilliant. CRC now have a reputation at Cleethorpes parkrun for being the most enthusiastic fancy dressers.  That makes me proud.

Who will be the Spirit of the Club this year?   It's anybody's guess.  They could be male, female, young, mature, fast, steady, cake-maker, cake-eater, newer member or more established member.  I look forward to finding out at the AGM tonight and have just put the trophy near the front door so that I don't forget to bring it back!

Good luck everyone :-)  You are a truly lovely and inspiring bunch of people.
Posted by Fran at Saturday, January 16, 2016