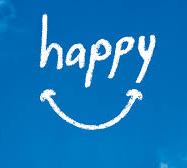 Progress makes me happy.  I persevered with the exercises from the podiatrist and prior to seeing her for the third time (9th May), I gave in to temptation and had a little run.  Just on flat grass, on the playing field, 2 laps (=1 mile).  I was ok.  I was ok running and immediately after. The next day, I was super vigilant, waiting for some after effect, but I was fine.

I ‘fessed up to the podiatrist and she said she had a feeling I might just have a little crack!  She didn’t even tell me off; she was very interested in how it had gone.  She had me walk around barefoot again, checked out my strength getting onto tip-toes and had me stand on one leg and raise my heel off the floor.  This was much easier on the good foot than the bad one, but I managed it.  She said that she could see that I have gained strength.  I showed her my latest running shoes and she said that they have the right balance of support.  She is going to make me an insert to support the arches for my day to day shoes.
Her advice was to increase the strength of the Thera-band to increase the resistance on my ankle strengthening exercises and add in some heel raises on both feet and separately. She also gave me another exercise, the CLAM to strengthen the gluteus medius and gluteus maximus.

She also gave me the go-ahead to run.  I was expecting to be given instructions and limitations either in distance or in time, but that was not the case. 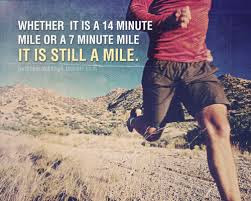 She said that everyone is different do it’s impossible to be so prescriptive.  Instead, the advice was to run on flat grass first (this is consistent with what the physiotherapist suggested) and to run steadily to start with – no more than jogging.  She said that the most important thing is to be aware of the tendon and if I start to feel twinges and pain as a level of 1/10 or 2/10, I need to stop running and walk until it goes back to 0, then I can run again.  If it persists and doesn't stop hurting when I walk, that is the end of my run for that day.  She advised not to run on consecutive days.  This is to allow time for healing and to see if there is any after effect.

She suggested that my exercises should be a lifetime commitment, but was realistic enough to know that it would fall by the wayside when things are going well.  She said as soon as I start o have problems, I’ll know to start the exercises again.

So, whoop, whoop!  The official go ahead to start running again.  It all went well –
between that day (9 May) and my appointment with the Orthopaedic consultant on 20th May, I did 5 runs, nice and steady, starting with a mile and working up to 3 miles, mainly on flat grass and progressing onto roads.  I am aware of running really carefully and being very aware of and tiny twinge.  There were points of slight pain and I stopped running and walked whenever that happened.  I only needed to walk about 20 or 30 paces before it eased.  I found I had some swelling / puffiness after each run, but iced it and it soon settled.