What a great Running Year 2014 has been, for me and other people in the “Fit after Fifty” brigade!

Firstly  I’ve been delighted with my half marathon achievements, having run the same 4 that I ran last year.  The first 3 were:
-          Sleaford Half Marathon in February.  Sue and I smashed our 2013 time by over 15 minutes and put that venue to bed once and for all (allegedly)
-          I achieved my first sub 2 hour half marathon at North Lincolnshire, thanks to Sue transferring her number to me after I missed the entry deadline. Thanks again mate.
-          I  was really pleased to pull out another sub 2 hours (only just) at the Humber BridgeHalf, as this is a much more challenging run than North Lincs.

Chris’s first Half
Probably more than any of the other halves, I had a tremendous sense of pride in running with Chris to complete his first half marathon at the Isle of Axholme in September this year.  It wasn’t without its challenges for Chris, (click here for the full story) what with knee pain, sickness from pain killers and gels and passing out in the car!

However, about 10 minutes after finishing, he was saying he wants to do another one.

Cheryl’s first 10k – Skegness – November 2014
Another proud moment was running with Cheryl as, YES, she completed her first 10k race in the inaugural Skegness 10k in November this year.  Cheryl’s running journey has been amazing from my point of view.  It’s been great to see her go from “I can’t run” to “I’ve just done a 10K race” within the space of just 9 months.
On the day, Cheryl seemed to start the morning feeling really ‘up for it’, but had a wobble after hearing a conversation between 2 experienced runners about how they were hoping to go sub 40 minutes.  Cheryl said she felt like she shouldn’t be there as she’s not a ‘proper runner’.  These doubts  were met and dealt with sympathetically and gently by some in our party and more firmly (not bullying though!) by me.  If you run, you’re a runner.  You have as much right to a place as any other runner here.  It’s your first 10k – you are going to get a PB!

The route was perfectly flat and the weather was spot on – cool but bright – perfect running conditions.  If I’d been able to plan for the weather, it’s exactly what I would have wished for.  We set off nice and steady, resplendent in turquoise tutus and Alzheimer’s Society tops.  Deliberately starting near the back meant we avoided any danger of getting accidently tripped up, but within the first couple of miles we passed a few people.

At the halfway point, we caught up with a couple who were proper ‘salt of the earth’ types and I think this was a turning point for Cheryl.  They told us how they run for beer and shared a few running stories with us.  We ran with them for a good half mile and that helped to pass some distance.

One of the CRC club members, Chris, who was there to support his wife (Katy, the Spirit of the Club) was waiting at one of the marshal points and had briefed the marshals that it was Cheryl’s first 10k.  So there was much encouragement and attention there.  Poor Cheryl – she’s not an attention seeker like me, but hopefully is getting used to it!

I was pleased with Cheryl’s consistency on this run.  Often, we have set off a bit fast and her pace has dropped off a little after the first mile.  On this day, she kept up a consistent pace for the first 3 or 4 miles and although fatigued for the last two miles, kept up a nice plod – with the encouragement of a jelly baby or two.  Importantly, she didn’t let the ‘C’ word invade her head.

Chris and Jonny were running the race too, and when we were within a few hundred metres of the finish line, they trotted back to meet us, giving Cheryl a much needed boost. We approached the finish line with Cheryl feeling like she’d got nothing left in her – just as it should be at the end of a race.  It was Vicky’s voice I heard cheering us in first – “come ooooon Cheryyyyyyl” as she took great action shots of us finishing.  Next thing, we’re over the finish line and there’s Baz, Nicki and Katie coming to congratulate her.  Fantastic!  I couldn’t have been more proud.  Cheryl's only concern was that she didn't come last - and she didn't!  And it wasn't just me coming in behind either - there were plenty of others.  Her finish time was a very respectable 1:18:30 and a massive achievement for someone who said they couldn't run, only a few months ago.

I can only give my viewpoint, but I’m trying to persuade Cheryl to write a few words about how it is from her point of view.  Watch this space.  She got a Garmin for Christmas, so I’m expecting great things in 2015.... planning to have a chat to her about her running goals VERY soon!

After my first marathon at Blackpool in April, I didn’t have any plans to do another one this year.  However, as usual, there was a conversation in a pub that changed all that.  A number of CRC members were already signed up to the Chester Marathon.  I really wasn’t going to do it, even though one or two people had suggested it and super coach Mike, who has run it several times said that it was an awesome marathon.  One Tuesday evening, after a club run and a couple of pints in The Swallow, I caved in.

Training for Chester went OK, although I must say, I didn't follow the training plan as well as for Blackpool. I had a glitch in the middle when I hurt my back (shovelling rubble) and had to take a couple of weeks off running and then build up gradually.  In all, I missed 2 long runs.
The day before Chester Marathon, CRC members were predicting their own and other peoples’ finish time.  I did Blackpool in just under 4:22 and as my training for this one hadn’t been so thorough, I thought my time would be something similar.  I guessed at 4:20 and would you believe, came in at 4:19:59.  Awesome!  I should have had money on it!

I was really struggling at about mile 22 and each mile seemed longer and longer and I just got really desperate to finish.  I hadn’t noticed the ex-bad foot playing up (I should think I’d taken some ibuprofen,  as a precaution) but in the video footage of my finish, I look decidedly lop-sided!  Nevertheless, I still pulled out a tiny sprint finish and passed someone in the last 20 or 30 metres .... I just LOVE doing that!

Chris was at the finish line – as ever – to find me and look after me.  Runners’ brain was well and truly in full force; all I could keep saying was, “that was really hard.  It was really, really hard!”  I didn’t know whether I needed to sit down, lay dawn or stand up. I couldn’t think whether I needed to drink or eat, so just took whatever Chris handed to me.  He’s used to this by now, but at one point he asked me, “shall I nip this bag back to the car or do you need anything out of it?”  Honestly – I know it was multiple choice but it seemed like a really difficult question!  But anyway, that was my second marathon done.

Having written all this and remembered how hard it was, I can’t believe that I have just entered another Marathon- Manchester on 19 April 2015.  Apparently it’s relatively flat, well supported and starts and finishes in Old Trafford football ground.  Go on then – let’s aim for a Marathon PB.  I’m not going to get too giddy though; taking 5 minutes off my Chester time will do me.  I printed out my training plan this morning.

Not me! Chris!  As noted previously, Chris only started running in March this year and as expected, he’s already faster than me over 5k and 10k.  I say ‘as expected’ because all other things being equal, men tend to be a bit quicker than women – their hearts and lungs are bigger so it’s in the anatomy.  So Chris has run The Sting (Caistor 10k) in just over the hour and then two flatter 10ks – Brigg Poppy race and Skegness 10k – both in under the hour.  We’ve both entered the Cleethorpes New Year’s Day 10k and I fully expect him to finish under 55 minutes.  Watch this space.

It’s no secret that my favourite distance to run is the Half Marathon.  It’s long enough to be a challenge and give a sense of achievement, but (unlike a marathon) not long enough to make me feel like I’m dying!  So, this year I want to enter most of the halves I have run before (not sure about Sleaford!) and try to beat my time.

Something I haven’t achieved is to get any significant improvement on my 5k time.  If I improved my 5k time, I might feel more confident about entering 10k races.  I like halves, because there’s no expectation to do it fast and it’s moderately impressive to just run 13 miles..  My 10k pace is the same as my half marathon pace and I always feel like I should be able to run 10k at a quicker pace.  I’ve been working hard on speed sessions and hills with CRC in an effort to get quicker over short distances.  I’ve had lots of advice and encouragement from Rod and Mike and others at the club, as well as accidentally having Andrew pace me round a Cleethorpes  Parkrun (5k) and pushing me to 26:31 (and feeling like I was dying!) so I am determined that I can get my 5k time down to 25 minutes.  That will do me. No aspiration to go any faster, but 25 minutes is something I’d like to crack, even if it’s just once. So I’ve pledged to not allow myself to enter any half marathons until I’ve achieved that goal. Again, watch this space. 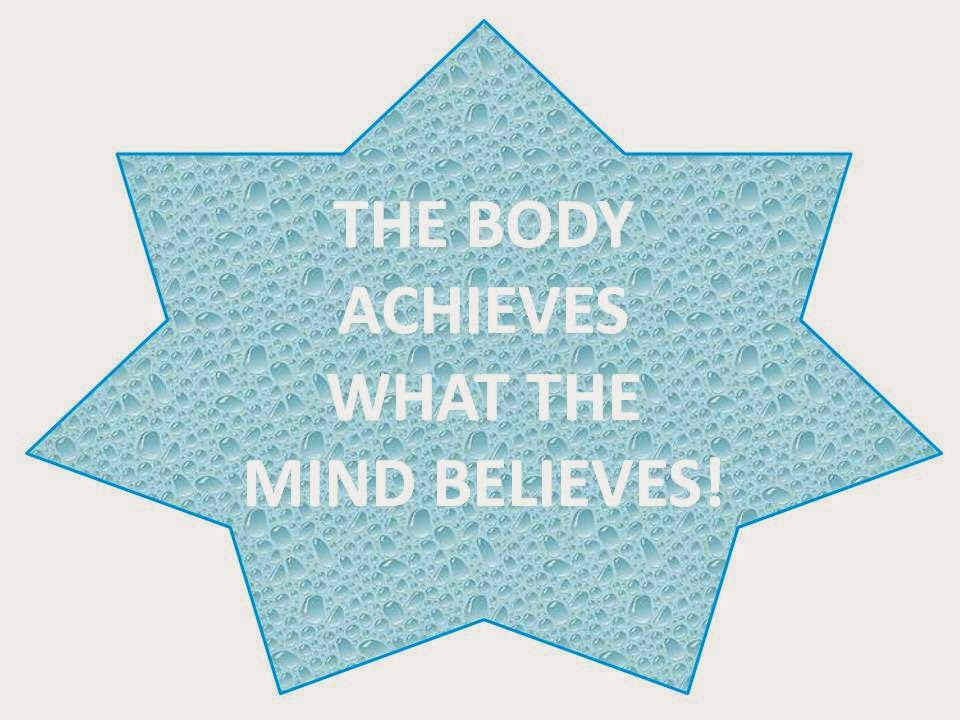