Jog On! – the Ultimate in Exercise Motivation.

I’m pleased to say that I’ve broken the New Year’s Resolution that I made in January (click here to check it out). 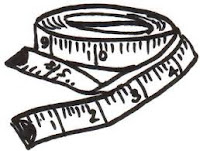 Now and again, I take up running for a while and ‘now’ is one of the ‘again times!  Once I start taking some exercise, it seems to become easier to eat a bit more healthily.   My running ‘restarts’ tend to occur when my clothes have shrunk in the wardrobe and even my ‘bigger’ sizes are getting uncomfortable. 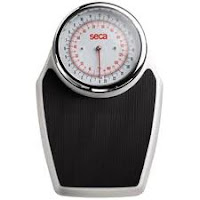 About 3 weeks ago, the shrunken clothes felt bad enough to do something about it so I set off on my usual 1½ mile circuit of our village.  I got 1/3 of the way round and had that horrible ‘blood’ taste and feeling in the back of my throat and was wheezing like a good ‘un.  I had to text Chris and ask him to bring some cough sweets in!

After mentioning this on Facebook, I got a message from Sue (work colleague) saying that she’d join me for a run.  I’d answered ‘yes’ before my brain got into gear.  A week later we were running along Cleethorpes Prom from the Wonderland (Sunday Market) site to Cleethorpes Leisure Centre.  When I say ‘running’ I use the term very loosely.  My son, Paul has a phrase for my running pace – it’s called “Granny-Tapping”.  A steady pace is fine; Sue’s training for a triathlon and need someone to slow her down a bit so that she doesn’t exhaust herself too soon.  I’m flattering myself with the title of “Sue’s unofficial coach” .. .. or alternatively “Sue’s anchor”.

This has been a change for me - running with someone else and it's definitely better.  For one thing I've discovered that I can actually have a conversation whilst running and am therefore fitter than I thought.  Secondly, there's the commitment - if I commit to doing something with someone else, I'm less likely to cop out just because 'I don't feel like it'.  Thirdly there's the element of being able to encourage each other.....'just to that caravan' .. then when we reach it, 'just to that next car' ... then 'just to where the Asda delivery van is parked' ... and praying he doesn't move!

Well, onto the ultimate motivation.  We agreed on our first run that after 6 runs we’ll have fish and chips as a reward.  In order to make sure we don’t cheat – we’ve now got a “Loyalty Card” (“Starbucks” stylee), thanks to Sue’s creative streak.

Ok Ok – I know that all you dieters out there will say that we should have a non-food treat, but that’s just not going to cut it!  For one thing, Sue isn't trying to lose weight so it doesn't matter to her.  As for me - I can go for mainly healthy eating, but I don't do deprivation!
Run 3 was today – we’re working up our distance and speed ... but better than that, we’re half way to Fish and Chips!!